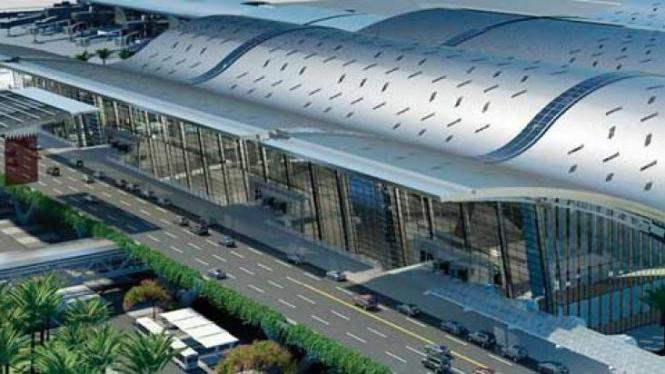 Hamad International Airport is one of the largest giant development projects in the State of Qatar, enabling the State to play an active role in supporting air traffic movement and strengthening its position on the map of the global air travel industry. As it is the first window of the State to the outside world, the State has worked to make it an engineering masterpiece with features unique architectural style that blends methods and the beauty of modern and traditional construction. The airport has been provided with network security systems and information and communications technology thus ensuring highly efficient advanced safety and technology in the fields of aeronautics and passenger comfort.

The State has considered in their design for the New Doha International Airport all the possibilities that qualify it for the support and development of tourism in Qatar by attracting large numbers of transit and incoming passengers as well as huge number of international airlines that transport passengers to and from all over the world.

The new airport, as narrated to us the General Authority for Civil Aviation is designed on huge area that equals a quarter of the old Doha city to promote trade and play a central role in national economy as they bear new airport is 50 million passengers a year and 2 million tons of cargo and 320,000 takeoff and landings. Hence this project is an essential part of the national development strategy in the State of Qatar, which kept pace with the Qatar national vision 2030 and the relentless pursuit of Qatar to be the meeting point of the East and the West.

The new airport is one of the largest airports in the world where built on a total area of more than 24 square miles, and the area of the main building of the airport exceeds 350,000 square meters, making it the largest building in Doha. In addition, areas for travel registration and duty free-market are 12 times bigger than those in the existing airport.

New Doha International Airport differ from other airports on regional and global level with set of advantages and privileges, including unique architecture which combines methods and the beauty of modern and traditional construction. Moreover, it will also become an important center for the movement of air cargo as well as international center for aircraft maintenance. The airport also enjoys secure network and IT with advance wired and wireless communication facilities. It hosts one of the longest runways in the world, and the new airport has two runways built according to the latest scientific and professional ways accepted in the world of airport construction.

The Department has a strategy developed for the management of work in the new airport, which contains precise and sophisticated equipment which requires us to adopt a clear strategy that derives its framework and approach from the strategy of the Ministry of Interior and lead to achievement of Department’s objectives in providing excellent services to passengers while maintaining the safety and security inside the airport. He pointed out that the new strategy depends on the human element fully through the 1000 security personnel distributed on four shifts with 250 cadets at each shift which exceeds a lot the number of security members at the old airport which is 60. 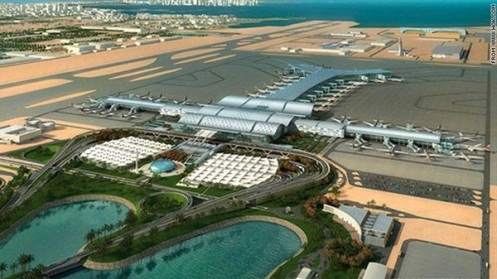 Moving from Old Airport to the New

A high-level committee has been formed to coordinate with all stakeholders in the New Doha International Airport to stand on its preparations and readiness for the transition, including not to cause any hindrance to operation of the airport. The trail operation of the Airport will start with Air Cargo Division and Emiri Lounges. It will be followed by moving some flights of Qatar Airways for a specific period to make sure on the safety of the Airport and to avoid any negative remarks may arise. Then all flights of Qatar airways and all other airlines will be move to the new airport finally.

The security men at the airport being selected very carefully by the Interior Ministry because of the tasks they carry out inside the new airport is different from the old airport because of the technological development in the equipment at the new airport as it includes modern equipment that can detect organic and hazardous materials and weapons. As well there are devices that read the picture and identify explosives and detects suspicious bags and organic materials explaining that the installation of these modern devices enhances the operating efficiency and capacity of the movement of departures and arrivals. This will ease the procedures and enjoy speed and accuracy for departing passengers as well as accuracy in dealing with automated luggage checking to detect automatically any prohibited items that form a threat to the security of airports and the security and safety of the passengers.

Devices with precise accuracy has been adopted at the passport control counters at the arrival, departure and transit lounges to detect fraud and inference of fraud as well as advanced devices for completing procedures for passengers.

The new airport includes one lounge for departures and one for arrivals. There are 36 passport control counters and 12 e-gates and departure terminal while at arrival terminal there 44 counters and 11 e-gates. The first class and VIP lounge has 18 counters 6 e-gates. In addition, there are duty free shops, banks, rent a car companies, and facilities to reserve hotels and restaurants.